The GT Stereo Chorus rack effect module compares to the Boss DC-2 Dimension C chorus pedal, which was the pedal version of the famed Roland SDD-320 Dimension D rack chorus of the 80's.  Chorus aficionados often consider the SDD-320 the best chorus of all time, and the DC-2 the best chorus pedal of all.  They have been used live and on countless recordings by many artists of all genres over the years and are still sought-out and very popular to this day for their "just right" motionless chorus effect.

Unless you use rack effects or dig into the details of how artists get their sounds, you may not be familiar with the Roland SDD-320 rack chorus. It was released in the 80's, around the time when only big-name artists could afford rack effects.  Studio engineers and producers quickly discovered it, and probably today most SDD-320's are in studio racks, still being used by many artists for recording sessions.  The Boss DC-2 pedal version of the effect was only in production for a short time in the '80s, and is a little difficult to find in good condition these days since not that many were made.  Both the pedal and rack versions are still in high demand, causing prices to be a bit higher than many players might want to shell out to try "yet another chorus" pedal.  The GT Stereo Chorus compares very closely to the Boss DC-2, bringing back a new rack version of an outstanding effect.

The pop and rock music of the 80's often made heavy use of chorus, it might even be reasonable to think of the 80's as "the age of chorus".  There were plenty of good chorus effects available, so why all hype about this one?  Well, as is sometimes the case, the thing that cause many to love it may also cause others to think "meh".  The circuit is very different from the usual chorus (and flanger) circuits.  Those circuits use an analog BBD delay chip to make a copy of the incoming signal, delay it a small amount, and mix it back with the original signal.  The result is that it sounds like two guitars are playing the same thing, very slightly out of time with each other.  That in turn provides that sense of fat tone with a big spatial element that we call "chorus".  The effect is controlled by a circuit called an "LFO", which provides that wide range of "motion" or "modulation" that you hear in a standard chorus effect with Rate and Depth controls.  The range of control can be very wide and allow ridiculous levels and speeds of chorus in extreme settings, such as in our VibraChorus module, which compares to the Boss CE-2 chorus and the many other chorus pedals that use a nearly identical circuit design.  Or the LFO range of control can be more limited, as you would find in our Black Pearl module, which compares to the Pearl CH-02 chorus.  But all of those have the familiar "wobbly" motion/modulation that can range from subtle to over-the-top.

The Stereo Chorus circuit is very different.  It produces two wet signals, each having its own analog BBD delay sub-circuit.  These two wet signals are out of phase with each other, yielding the "motionless" chorus that is unique to this design.  The DC-2 pedal came with 4 push buttons as the only controls.  They corresponded to 4 preset values of what would normally be Rate and Depth on a normal chorus pedal.  Those were the only choices, but what great choices they were.  But here's what some consider to be the catch.  If you are used to regular chorus effects, the motionless chorus is going to sound much more subtle, and almost completely without any sense of the modulation motion in the sound.  You have to listen more carefully to hear the differences between the presets.  You might even want to switch it on and off a couple of times just to make sure it is working properly.  OK, maybe it isn't that subtle.  But if you didn't know it was on, you might think you're just having an exceptionally good tone day.  Those that like it find it a great improvement over the "seasickness" modulation and over-the-top level of most chorus effects.  It is sort of a one-trick pony in that regard, but it's a great trick.  It gives you some thickness and space in your sound.  It mixes well with other effects, and it can very well be one of those "always on" effects that becomes a cornerstone of your tone.  It is probably less similar in sound to other chorus pedals than it is to a delay pedal with a short delay time, reduced repeats, and with the wet path Mix set lower than 50%.

As we always do, we think about options or customizations we can offer in our circuits.  But this circuit provides such a distinctive and beloved effect that we mostly left it alone.  The only thing we've changed up is how the preset switching works.  We didn't want to source the same funky "radio buttons" of the original.  Instead, we elected to use two toggle switches to reproduce the four preset Depth/Rate combinations of the original.  Switch 1 has two settings and Switch 2 has 3 settings.  When Switch 1 is up and Switch 2 is up you get the original Mode 3 (Switch 3) setting.  Switch 1 up and Switch 2 in the middle gives you Mode 1. And Switch 1 up and Switch 2 down gives you Mode 4.  Now with Switch 1 up and Switch 2 in the middle, you get Mode 1.  That leaves 2 new settings when Switch 1 is up and Switch 2 is either up or down.  So you get a couple of extra presets.  We also have an option to replace the switches with normal Rate and Depth controls so you can select any setting you like.  Just be aware that any of the switch settings or optional knob settings are still going to be very similar to each other and are all within the same range of controls.  The differences are subtle without all that modulation motion.  And just because we can, we offer another variation on the controls.  You can have both the two preset switches and the Rate and Depth controls.  You can't use the switches and knobs at the same time (and wouldn't need to).  So we add a third "mode" switch that lets you switch to "switch mode" or "knob mode".  Those of you that are paying close attention will realize that gives you not only the full range of Rate and Depth control, but also a custom "mode 7" preset.  Just dial in your favorite settings of Rate and Depth and that's what you'll get when you switch to "knob mode".

We expect that most users of the original pedal and rack unit, as well as our Stereo Chorus rack module, will probably find a preferred setting among the subtly different settings available and will be more interested in the "always on" aspect of the effect.

Of course, as the name suggests, the Stereo Chorus has both Mono and Stereo output.  Having the two out-of-phase wet paths make stereo a no-brainer.  Either use a single cable in the Mono jack and get everything combined, or add a second cable in the Stereo jack to split the two wet path signals.  Some seem to find the stereo version of the tone to be even better than the mono version, particularly if you can get the left and right amps far enough apart.

This circuit is reasonably complex, and uses a fair number of expensive ICs, ICs which are often counterfeited.  It uses the 9V MN3207 BBD chips and MN3102 clocks.  We don't yet offer the 15V MN3007 and MN3101 chipset as an option.  With its design, it is almost like two analog delay circuits in one module.  It also uses several old transistors and op amps.  Some of these parts are also counterfeited and difficult to find.  Luckily, the exact transistors and op amps aren't all that important to the tone.  We've tried multiple different combinations and it is difficult to impossible to tell the difference.  We'll use vintage parts when they are available and (better) modern parts if we can't find legit original parts.  Of course, the MN3207/MN3102 chipset is a core part of the circuit and those are not optional.  Oddly, even with the BBDs running at only 9V, the circuit is very quiet.  There is a lot of companding and filtering taking place in the circuit which seems to cleanup the noise substantially.  Due to all that complexity and all those expensive parts, we have to set a price that is higher than most of our modules - sorry about that. 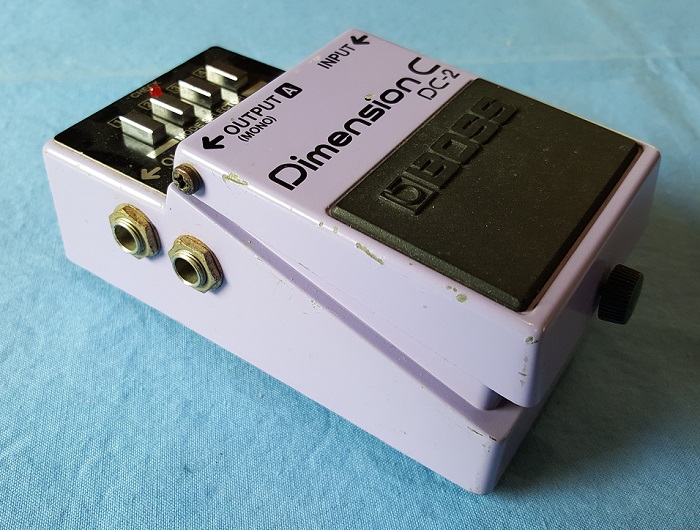