The GT-100 phaser rack effect module compares to the MXR Phase 100, a great 70's phaser that was recently reissued.  Keith used one on Some Girls, one of our favorite Stones albums.

The GT-100 module compares to the MXR Phase 100 phaser pedal.  The original pedal was available in the early 70's and a good-sounding re-issue is currently available again.

The re-issue adds an LED, so it is easy to tell them from the older vintage versions.  The re-issue version of the pedal has a number of changes.  The LFO section that controls the depth and speed is different.  The original circuit has 10 phaser stages (so does the reissue), but it also had input and output stages that do some tone-shaping.  The re-issue doesn't appear to have both the input and output stages, only one of them, and that one is implemented differently.  There are also some part differences in the reissue circuit.  The new ones have plastic jacks and speed and intensity controls, unlike the metal ones of the originals.  All in all, it may still sound good, very similar to the original, but cost-cutting changes are enough that the originals will probably still be in use when many of the reissues have to be tossed out due to broken plastic parts, which are soldered directly to the board.  The metal box itself is very heavy, one of the best I've seen in current pedals, so the cheap plastic parts seem extra disappointing.  Anyway, due to all the changes, our module will still be comparable in sound to the reissue to the extent that the reissue sounds like the original.  Our module compares much more closely to the originals.  The rest of our discussion about this circuit concerns the original script and block versions, not the reissue.  We do not offer the reissue circuit.

This phaser has a whopping 10 stages, as opposed to the more common 4 or 6 stage phasers, and a few 8 stage phasers.  Four of the stages are fixed, while six are variable.  The controls have always been the same.  There is a simple Speed control that adjusts the rate of the phaser.  An Intensity control allows selection of one of 4 different pre-set modes of depth/intensity of the phasing.

With its 10 stages, this phaser produces excellent phasing.  It was used by Keith on the Some Girls album, perhaps notably for Beast of Burden.  The original was undoubtedly used by many artists in the 70's and 80's, and the pedal remains popular today.  Gary Hoey has used the re-issue to get his killer metal/surf tone.  If you aren't familiar with his playing, take a break from reading this and go find him on YouTube right now.  He destroys Wipe Out!  Go on now, we'll wait...

Now for the confusing part.  The vintage pedals were released first in "Script" and then later "Block" versions, named after the type of font used in the pedal graphics.  But those designations do not reliably identify the version of the circuit inside.  The circuit had only minor changes over time.  Some changes are different brand/model of op amps, types of capacitors and resistors, and values of a few resistors.  The different op amps are all very similar.  It is doubtful that one could hear the difference between the different capacitor and resistor types.  And the resistor value differences are so small that they can be within each other's spec tolerances, meaning that in reality they are more or less the same value range in randomly selected resistors of either value.  There were also some minor variations in parts that are not in the audio path - those really don't matter.  The resulting pedals sometime do sound very slightly different.  Those differences don't match up nicely by "script" vs "block", production year, board version, etc.  So if you want our module to sound like a particular vintage Phase 100, you'll have to look inside that pedal to see exactly what's in there.  It's easy to do if you know what to look for, since the parts are easy to see and access.

We offer two default configurations, which we call "script" and "block", just 'cause.  While the circuits had these very minor variations, our two configs are typical of the earliest script version and the latest block version, which would also represent the biggest overall differences between the various versions.  Clear as mud?  Unless you are really into trying to match a specific old Phase 100, it's not really worth worrying about the differences.  Crudely, they are probably 95%+ the same, regardless of the minor differences.  But if you know you generally prefer the early script sound or the later block sound, then you can choose your config based on that.  Otherwise, just eeney, meeney, miney, moe it.  Or choose options that give you both configs!

Overall, this is a great phaser.  It is as quiet as you'll likely get in a phaser.  It doesn't color the tone too much.  And the full ranges of all the controls produce "useful" phasing tones, as opposed to video game sound effects from the 80's.  Well, OK, if you get the Faster Max Speed option, you'll probably have some arcade sounds at those extra fast speeds, but other than that, everything is very reasonable.  The differences between the early and later model feedback and phasing resistors isn't huge, but definitely there.  With Feedback and Depth both cranked, you can get some pretty deep and semi-spacey warble going.  Mostly, this is a nice, quiet, well-behaved phaser that should stack well with other effects.

The default GT-100 controls are:

If you want to consider some options without getting things to complicated, consider the following config.  This config fits into a 1.5" module and gives you considerable flexibility:

The Phase 100 circuit uses 3 double vactrols to control 6 of the phasing stages.  A vactrol is an optical device that consists of and LED with an LDR (light dependent resistor), or in the case of a double vactrol, two LDRs, sealed in a dark case.  The resistance varies with the level of light.  For some reason, the price of these parts has jumped considerably in the past couple of years, even though they are still in limited production.  Complicating this is the fact that the vactrols must be matched to get good phasing.  Vactrols have a wide range of values, so it takes many vactrols to find a set of 3 matched double vactrols.  It requires matching all 6 of the LDRs to within a very small percentage of difference.  It might take 50-100 vactrols to find one or two sets of 6 reasonably matched parts.  At about $10-15 for each vactrol, plus the considerable amount of time it takes to match them, the vactrols contribute a significant amount to the cost of this circuit.  The vactrols are a key part of what makes this circuit sound the way it does, so there isn't a good alternative that would help lower the cost. 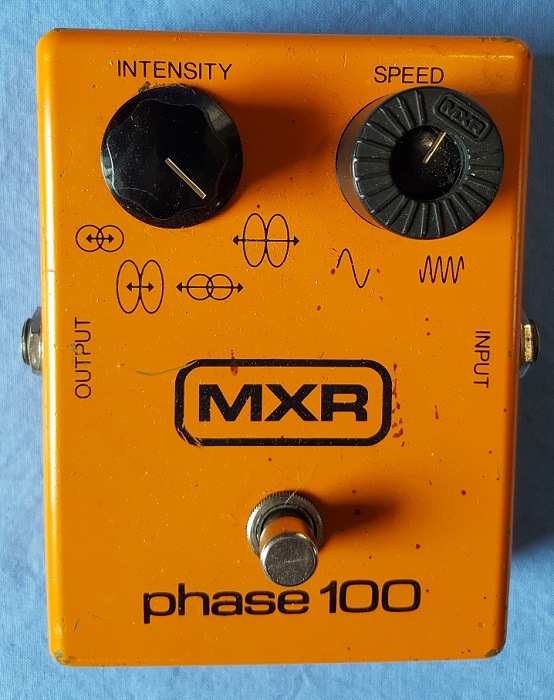 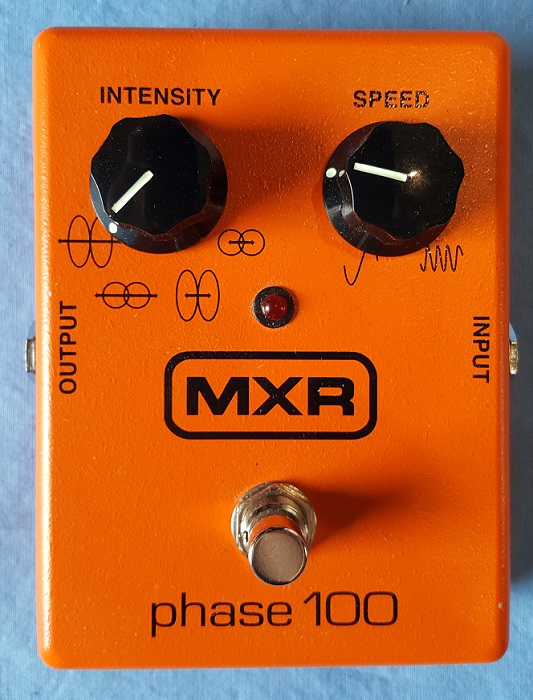 Several of these are technical options for those that want very specific versions of the parts that varied over the years.  If you are looking at these, we think you'll understand from the names what parts we are refering to.  If not, just drop us a line.

Note that with the Switchable Feedback Resistor (or Feedback Control) and the Switchable Phasing Resistors, you can have about 98-99% of both the Script and Block configs in one module.