"Cranking out tubey overdrive tones for nearly half a century"

The GT Nachos overdrive rack effect module compares to the CMOS versions of the EHX Hot Tubes, which was recently re-issued in the EHX Nano line of pedals.  Fans of Sonic Youth may recognize this overdrive tone.  SRV may have also used the original pedal, although it is unlikely that he recorded with it.

The EHX Hot Tubes pedal was released in the mid to late 70's.  There were two very different versions of the pedal.  One used two 12AX7 tubes.  The other used CMOS chips instead of tubes.  Both are good pedals, but for this module, we're focused on the CMOS chip version, which should maybe have been named Hot Chips instead of Hot Tubes.  Our Nachos module compares to the CMOS chip version of the Hot Tubes.  Fans of Sonic Youth were driving up the price of the original old pedals, but EHX has recently re-issued a new version in their Nano pedal line.  It sounds a lot like the original, but with inexpensive parts and surface-mount technology made overseas, the originals remain popular and are getting a little pricey.

The circuit uses an inverter chip to produce its distortion.  That makes it a "tone cousin" to our Buzz Drive module, which has configurations that compare to the Way Huge Red Llama, Mad Professor Stone Grey Distortion, and Way Huge Fat Sandwich, among others.  All these circuits get their flavor of distortion from inverter chips.  Somehow, inverter distortion can remain articulate with good note definition, even when it is cranked up.  It can also handle more bass than usual without getting muddy, making inverter-based circuits a good choice for bass players.

While these circuits are usually labelled as "distortion", they often top out and run best in the overdrive range.  At low drive settings, the circuit is pretty clean.  And at max drive, it is still more overdrive than distortion.  The Volume will let you drive things pretty hard further along in your chain, which causes it to seem to contribute to the module's distortion, but it doesn't.  It's just abusing whatever comes next in your chain.  Your guitar volume helps provide some control on both the volume and the level of overdrive.

The Nachos module stays true to the simple original.  There are the basic controls for the level of drive and volume.  There is also a Tone control, but it can be bypassed with the Tone Bypass switch.  We left off the direct output of the original. 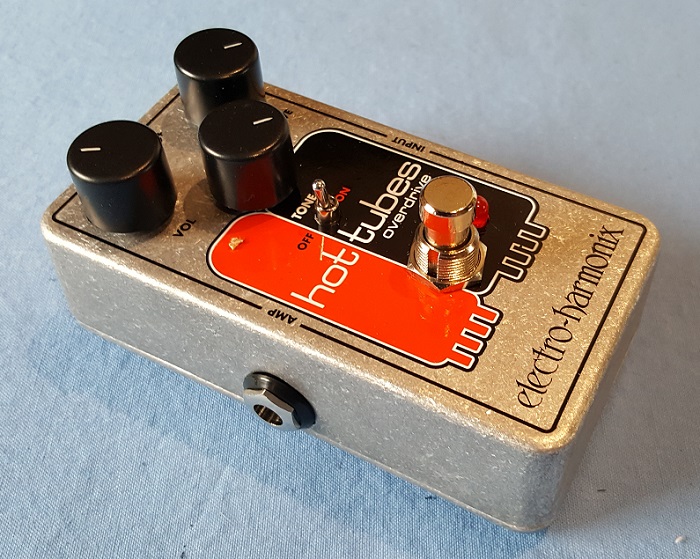