"Our most-modded, most options effect by far"

The Pi fuzz rack effect module compares to many, many pedals that are based on the EHX Big Muff Pi.  We offer dozens of configurations that compare to many vintage EHX versions, as well as many of the popular clones, knock-offs, and derivatives that are excellent pedals in their own right.  Players may be surprised to find that a very large number of pedals are Big Muff Pi circuits that have been tweaked, lightly modified, or outright copied.  Look through our list of configurations below and you'll probably be surprised to find some of them are Pi configs.  We offer so many configurations and options that you should be able to get the exact Pi you've always wanted, even if it was never built before.

The Electro Harmonix Big Muff Pi is one of the most popular pedals of all times.  It is also probably the most-copied, most-cloned, and most-modified effect circuit of all times. It's decades-long history is a tale in itself, far beyond what we will attempt in any way here.  To find out pretty much anything that is known about the Big Muff Pi, you must visit Kit Rae's Big Muff Pi site.  Just search for his name and "Big Muff" and you'll find it.  In fact, you will probably need to visit his site if you plan to choose one of our Pi configurations.  We use his naming convention for some of the many Big Muff Pi (BMP) circuits.

While the BMP has been almost continuously in production for over 40 years, the core circuit design has remained intact.  The different versions of the pedal differ mostly in component types and values used in the circuit.  On top of the large number of intended different versions, many, many other versions were actually manufactured using slight different component values when the intended components were unavailable.  As a result of all the intended and unintended different versions (many dozens), it is difficult to differentiate between them in any way other than getting into specific technical components that were used.  There is in some cases a rough correlation between circuits and the enclosures, colors, and graphics.  In other cases there were just too many variants to even define a "typical" tone or sound profile to them.

Almost as soon as the first BMP hit the market, other companies started copying and cloning them.  This practice continues to this day.  Many players may be unaware that a large number of popular pedals are really BMP circuits inside.  More modern derivatives have included a dizzying array of modifications and options to add into the mix of circuit variations.  We support a very wide variety of these circuits on our Pi board.  Since we support them all on the same board, it is possible to mix and match mods, options, and original circuits in ways not normally possible to create your own BMP variant.  It may be tempting to end up with a GT Pi module with a dozen or so controls, as opposed to the normal three controls.  We recommend not getting carried away.  Many of the options do similar things, or would counteract each other.  It's probably best to consider picking a BMP circuit that you like, or one you almost like, and then add mods or options to get you from there to the BMP you want.  If you have a specific BMP circuit you would like, but don't see a configuration for it, let us know.  There are undoubtedly many other versions we can build on our board.

One version of the BMP, did not use the same circuit design.  Instead of the normal 4-transistor design, it used op amps to create a completely different fuzz circuit.  The only relation it has to the BMP is its name.  Everything else is different.  We offer that version separate as our IC Pi.

Please note that there are many opinions about the various versions of the BMP circuit and magical components they may use.  GT, as well as numerous other effects builders, have found that you can produce outstanding BMP effects using all current production parts.  You definitely do not have to use uber-rare and expensive components to get great muff tones.  It is also true that the variations from one "identical" unit to another may result in tones that are more different than the tones of two distinctly different variants.  Many of the component differences between versions are very small, and could well be "swamped" by parts value tolerances.  While the variations are different, almost all are going to "sound like Big Muffs".

The British Pi and OD-9 Pi have input buffers

The tables below show the various configurations we offer.  The "V1" table has original "Triangle" circuits.  The "V2" table has original "Ram's Head" circuits.  The "V3 - V9" table has original Tone Bypass, Russian/Sovtek, and the V9, which was the first version when the BMP was brought back to the USA from Russia.  Note that the V4 and V5 "Op Amp Big Muff Pi" circuits are offered separately as our IC Pi.  We don't presently offer the newer versions of the BMP.  The "Derivatives" tables list a number of BMP derivatives, clones, and copies that we offer our versions of.  In the tables we list some of the key parts of each circuit so you can see how they differ.  Any "Original Circuit" name that begins with KR is a reference to one of Kit Rae's circuit configurations at his Big Muff Pi site.  Components and features shown in the table are the defaults that will be provided with that configuration.  Other options, mods, and components are available as Options.

The diagram below shows the base BMP circuit, labeling some parts.  These parts are referenced in the Configuration tables and Options, and can also be used to describe customizations you may want.

Parts in the basic circuit:

Please note that the IC Pi is based on the op amp versions of the Big Muff Pi.  That is a completely different circuit, having nothing in common with the normal Big Muff Pi except its name.  Here are the details for the IC Pi

(1) Skreddy Top Fuel seems to have undergone revisions over its lifetime, with changing components and values.  The JP4 and Nitro configurations are a couple of known configs. 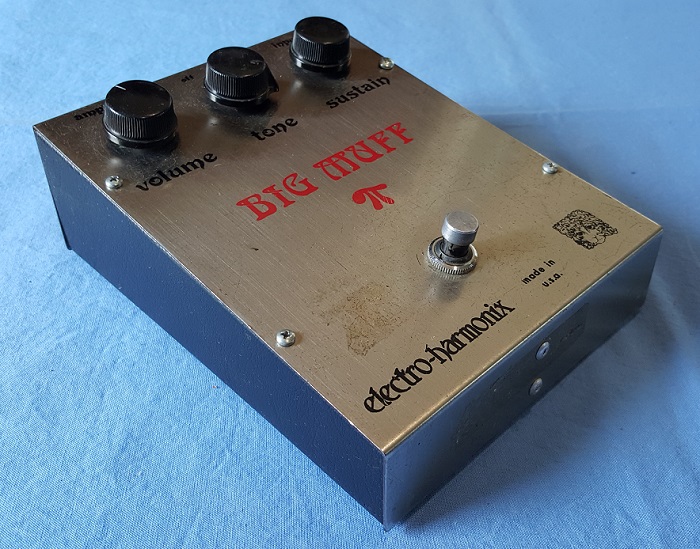 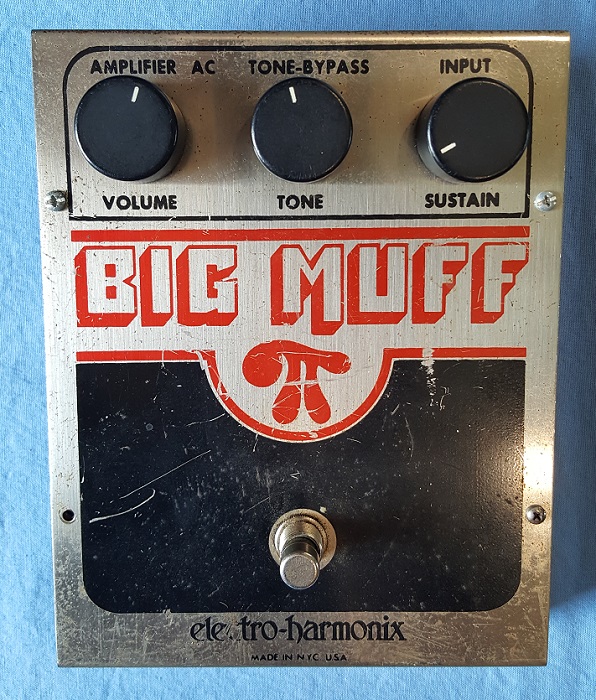 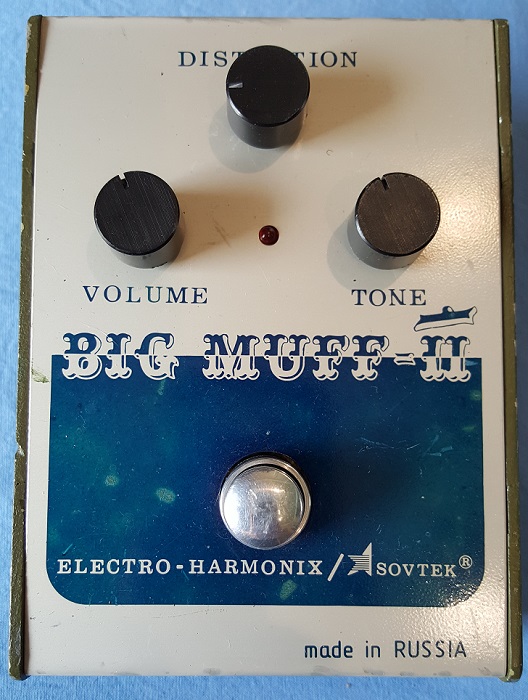 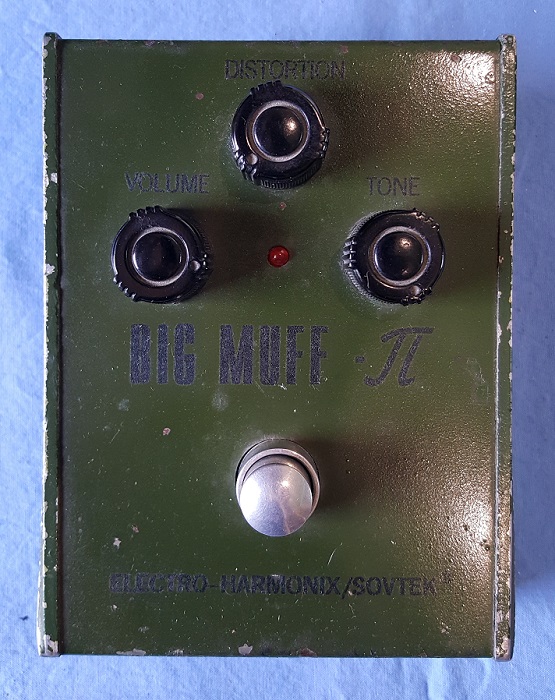 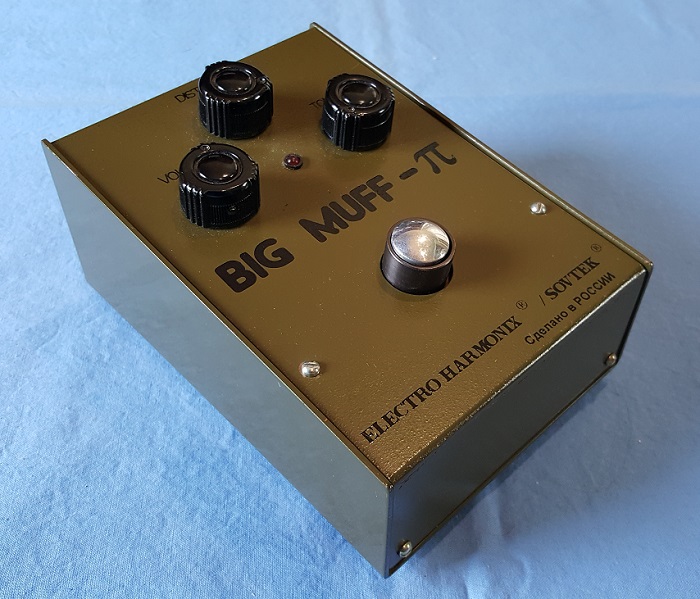 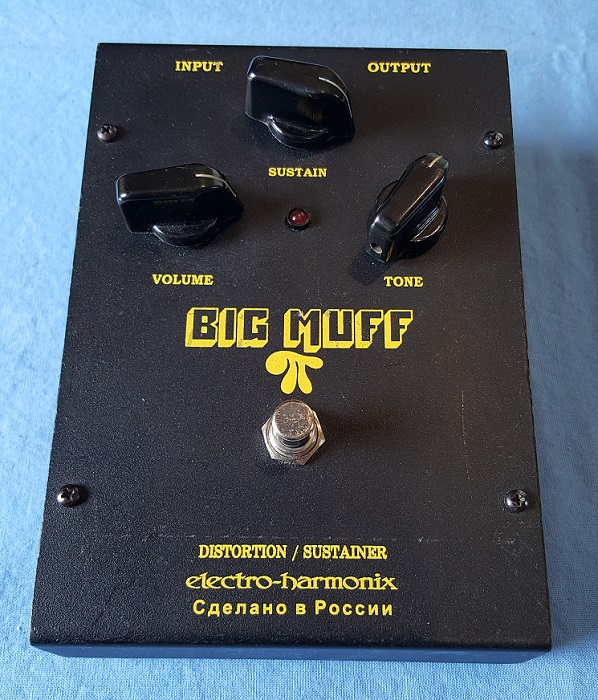 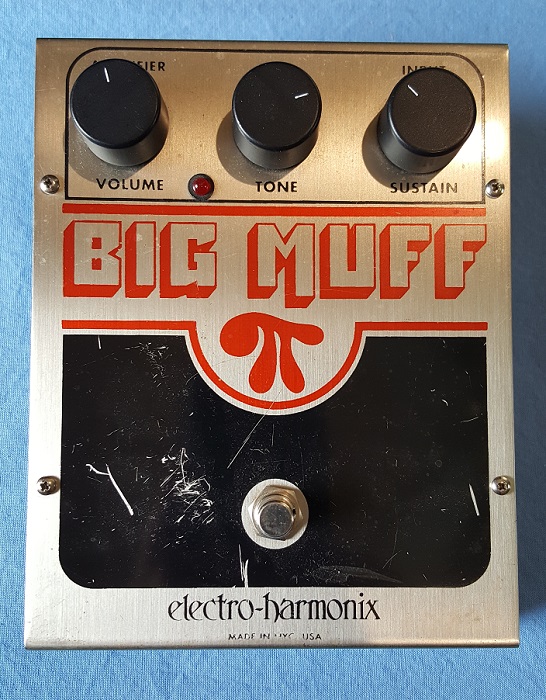 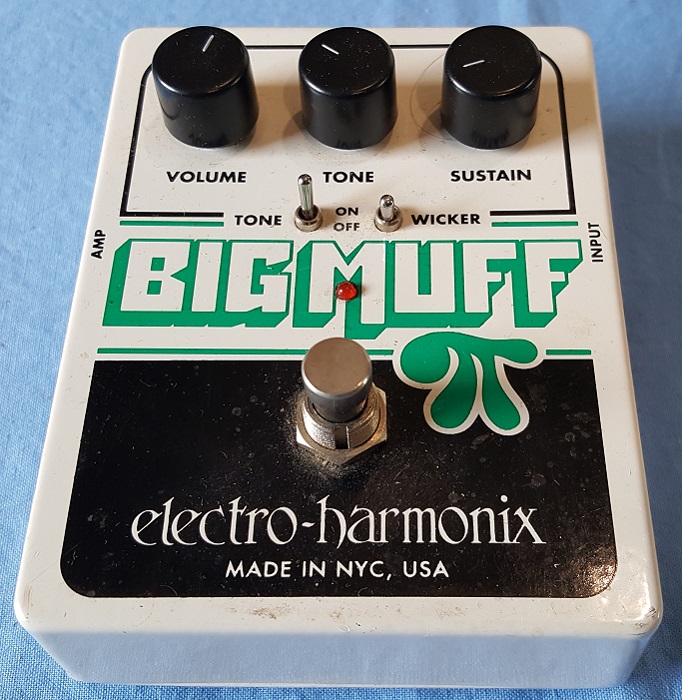 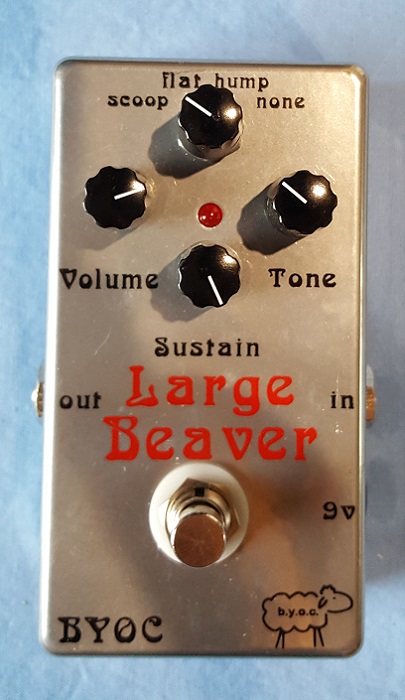 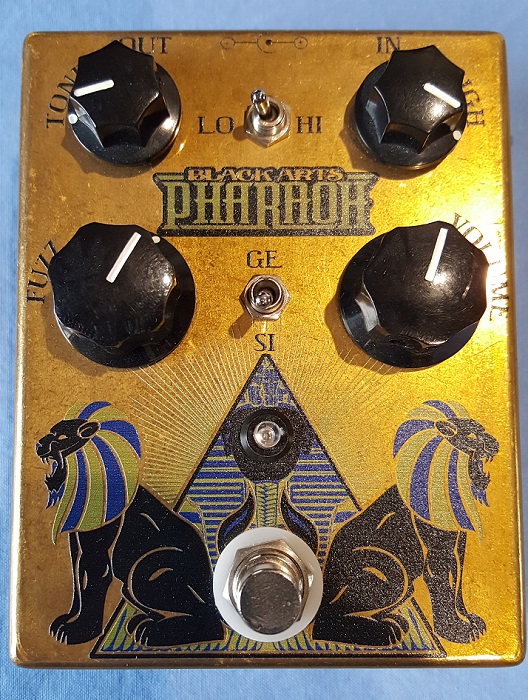 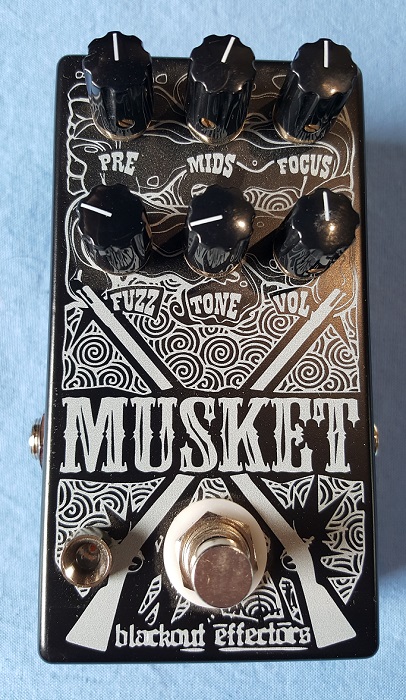 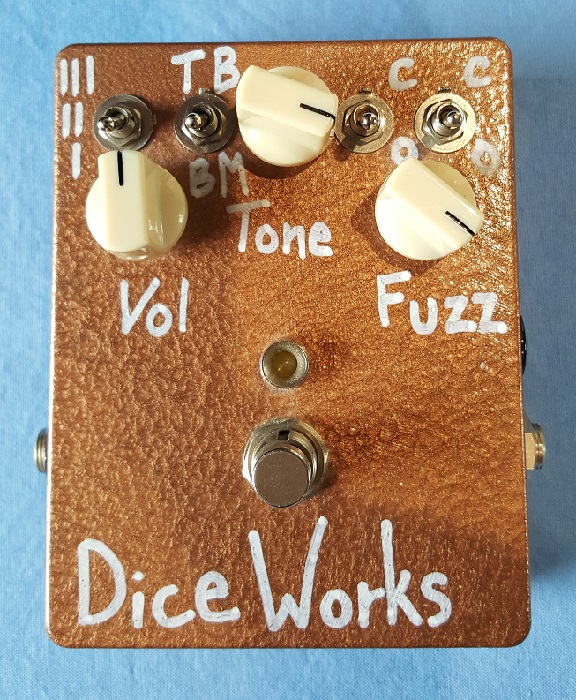 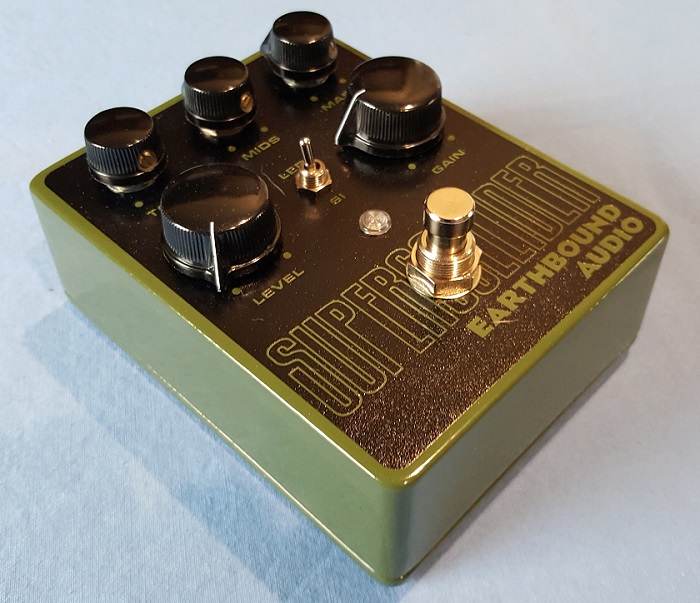 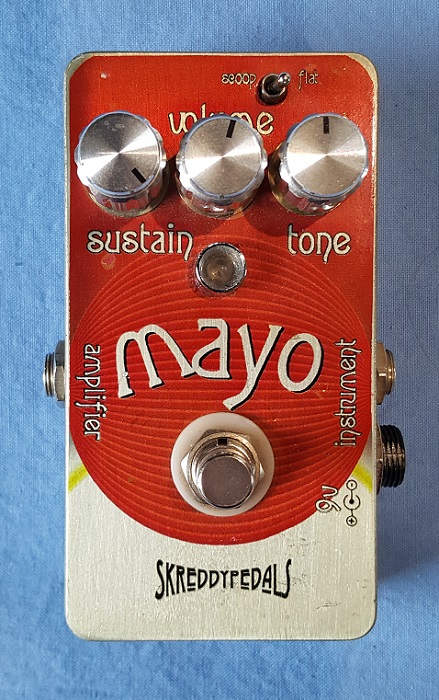 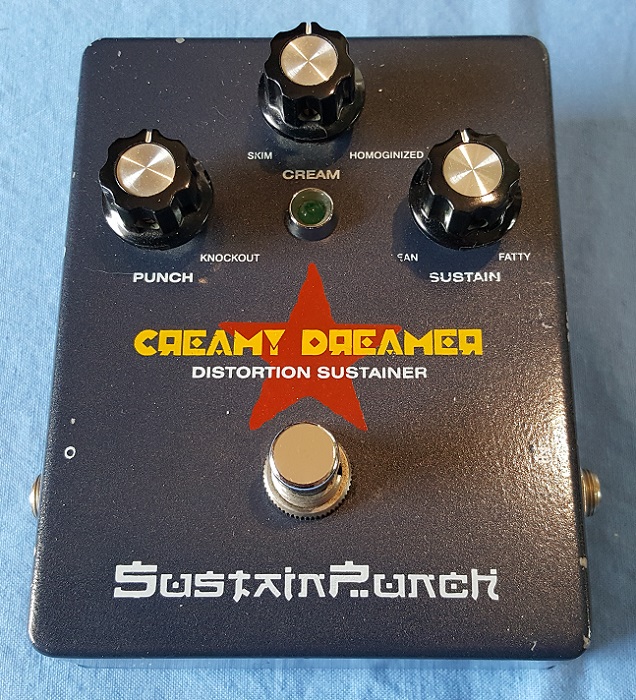 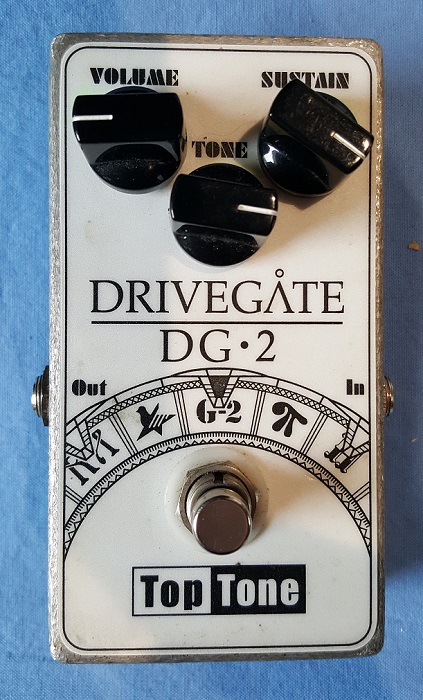 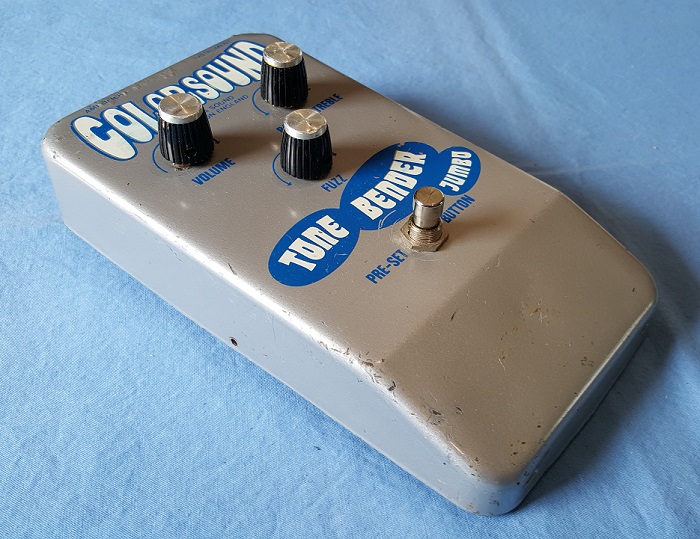 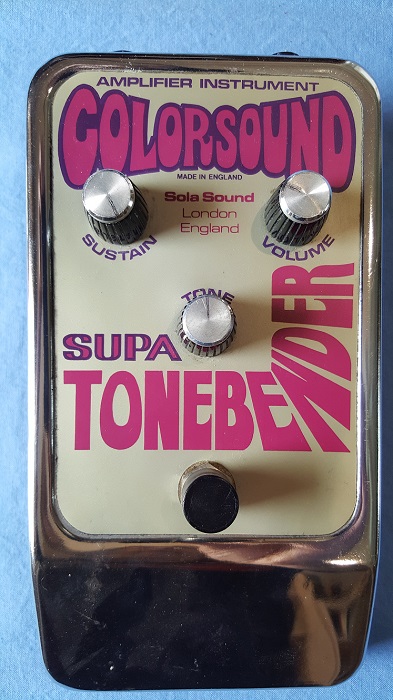 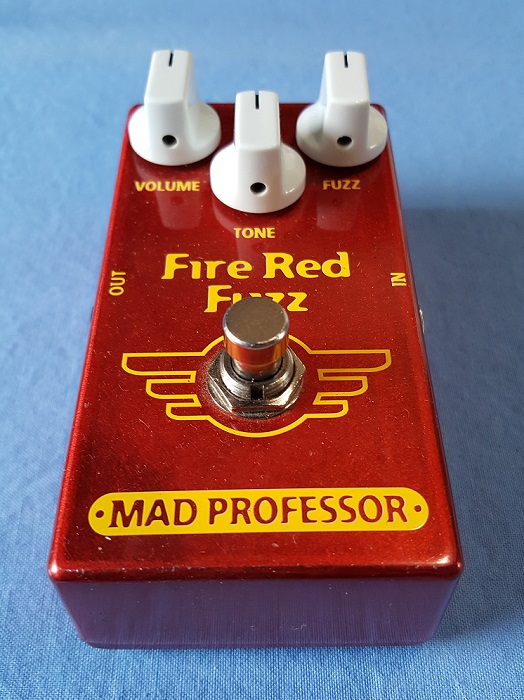 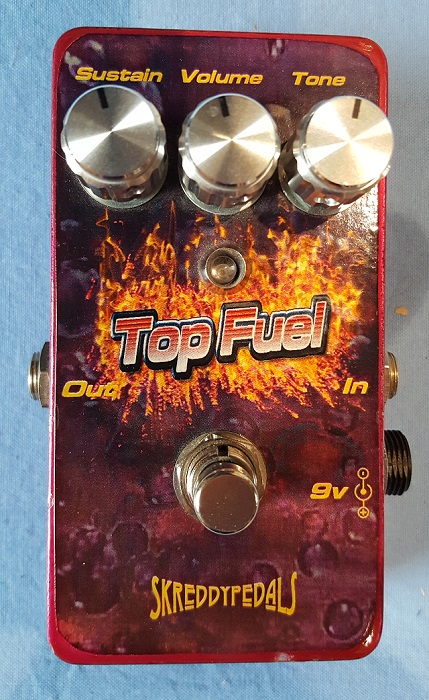 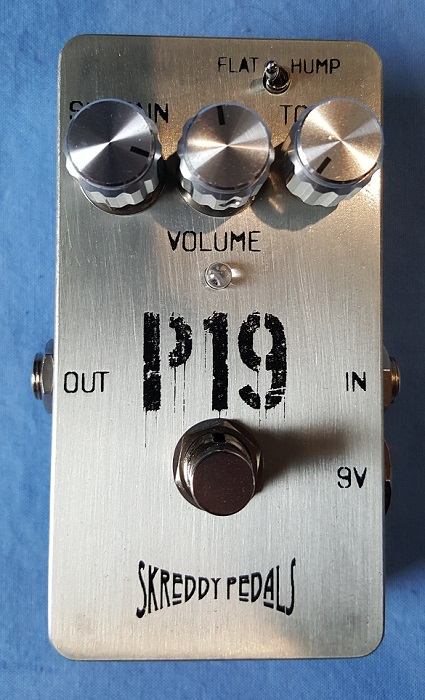 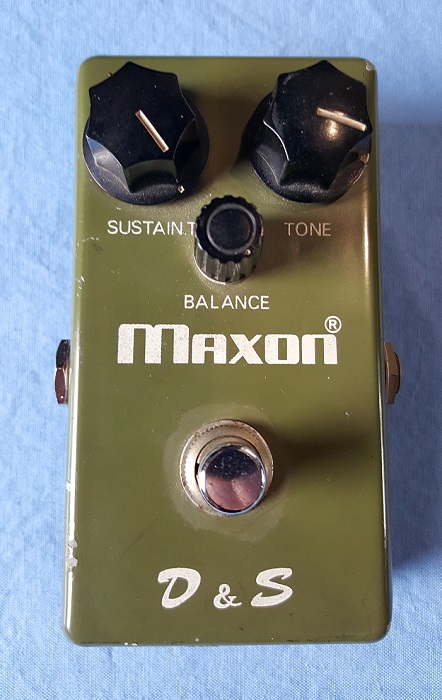 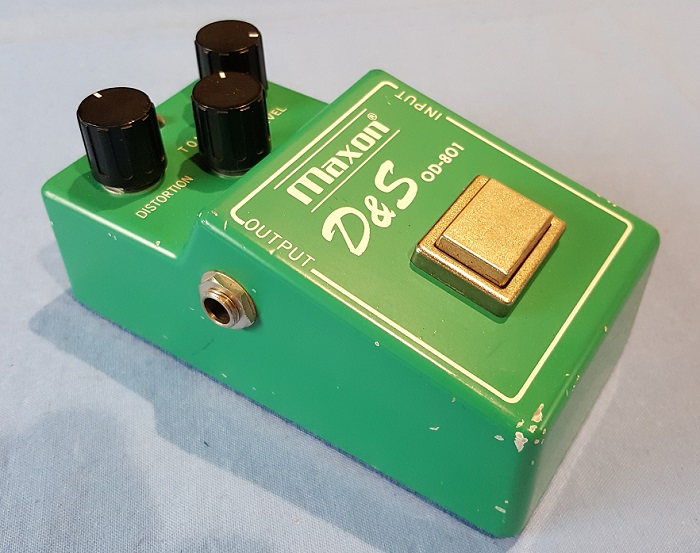 Some of our Options are a bit techy, intended for Big Muff Pi aficionados who want very specific Big Muff configurations.  You will probably need to look at schematics of various Big Muff Pi circuits and understand what the various components do in order to fully understand how those options work.

We obviously have many options available for this circuit.  The number of combinations, particularly considering the number of base configurations you can apply them to, is an extremely large number.  We cannot possibly test all those combinations.  We cannot tell you what they would all sound like.  Some options are physically incompatible because they impact the same part of the circuit.  If you select incompatible options, we will catch that during the order process.  There are probably lots of other mods we can support beyond the ones listed here.  If you have something in mind, just ask and we'll take a look to see if we can build it on our boards.

Some configurations include some options by default.  If you do not want those options in your configuration, let us know and we can remove them.  We may have to replace them with something else, so we'll consult with you about the replacements.  Usually, the price won't go up to omit an option.  In some cases, the price may go down, particularly if controls or switches are being removed.

It may be tempting to pile on lots of options to get the ultimate tweaker's Big Muff.  We can certainly add quite a number of them.  Generally we don't recommend that, though.  Many options add switches, connectors, pots, or other components that will eventually fail with normal usage.  You don't want to add lots of potential failure points.  Even though we take steps to reduce the introduction of noise in the circuit, adding lots of wired options will likely increase noise.  It's best to figure out what which circuit you like, then select options that will give you useful variations of that circuit.

There are many control possibilities, although the standard circuits almost all have Volume, Tone, and Sustain as defaults.  The configuration tables show other controls that are standard on specific configurations.