Our AstroFuzz module compares to the late 60's AstroTone Fuzz, which was also sold as the Sam Ash Fuzzz Boxx.  Analogman now owns the brand name and makes a great AstroTone pedal.  The 60's saw the development of many fuzz effects, some famous, some less so.  Many were only in production for a short time, such as the Astrotone Fuzz and the Sam Ash Fuzzz Boxx.  A recent reissue of the Sam Ash Fuzzz Boxx seems as rare as the originals.  It was one of the first fuzz pedals to use silicon transistors.  It also sported a novel new control - the Tone control.  Of course the Tone control is now about as common as a volume control, but back in the late 60's they were still figuring things out.  Turns out they didn't really get this Tone control right.  It works, but doesn't do much.  (Of course we can correct that!)

While it is a 60's fuzz, it has a different vibe to it than what you might expect.  It is not that big, wooly, blanket-over-your-speaker type of fuzz.  This one is more open and less compressed, with better clarity and no flub.  Somewhat closer to a ripping overdrive than an all-out fuzz.  You won't be able to cover up sloppy playing with this fuzz!  It's great for some classic rock - perfect for Saturday Night's Alright, although maybe Davey Johnstone didn't use that exact effect (or maybe he did...).  Also good for Mr Soul by Buffalo Springfield.  Maybe even Cinnamon Girl.  And maybe some Boston...?

While it may not have been used for any of these recordings, it sounds similar.  It covers some territory between a nice, dry, crunchy overdrive and an articulate fuzz - a simple effect that can be addictive, and which begs to be turned up.  It cleans up pretty nicely with your guitar volume.  That Saturday Night's Alright opening riff is the sound of the 70's and gets better every time you hear it.  Whether or not this effect was used for that sound, play that riff (loudly!) and you'll have a good idea what this module sounds like.  It's great on its own, but with its clarity and range of gain, it should be a great stacking drive.  Whether you call it a fuzz or an overdrive, it provides a great rockin' tone, one of our faves.

As mentioned, the original Tone control has a limited range that isn't so great.  The Improved Tone Control option is nice and we recommend it for guitar.  It extends the high end range of control a bit by changing the corner from around 1882Hz to around 7200Hz.  At the low end, it is shifted just a smidge higher.  Instead of cornering down around 287Hz, it corners  around 324Hz, about the difference between a D and an E.  It still isn't maybe the best Tone control out there, but you probably don't really need it.  Set it to noon and carry on.  In addition to the Tone control, there are Attack and Volume controls.

Many like the way these sound with bass, too!  For bass, the original Tone control may still be the better option, as it is slightly more focused on the lows and lower harmonics. 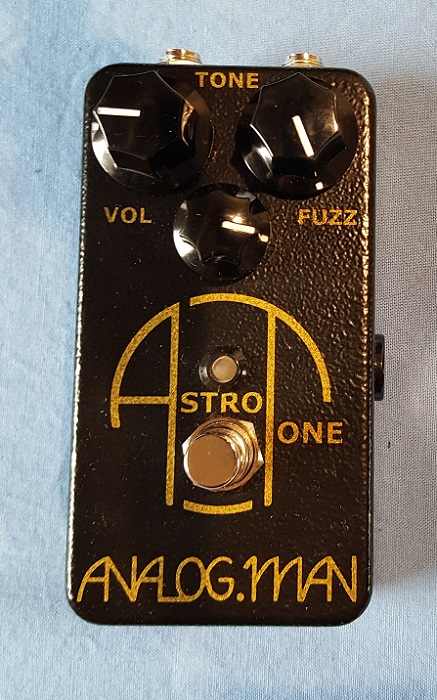 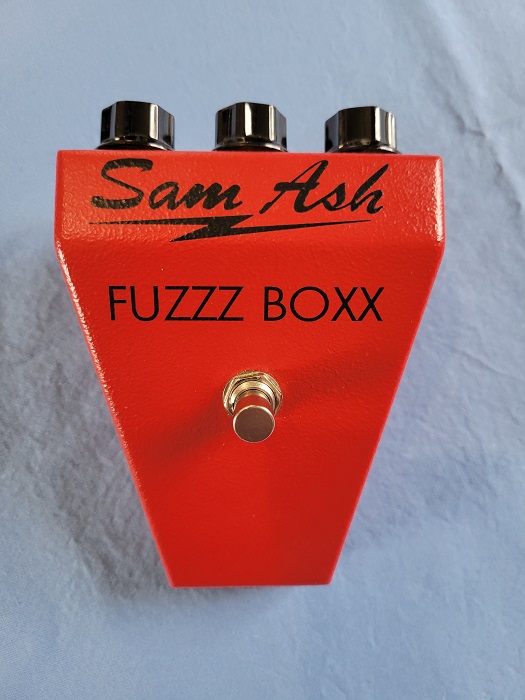