"An old distortion you may have missed, but Billy Corgan didn't"

The GT D-II distortion rack effect module compares to the MXR Distortion II, a quirky, often bassy drive that didn't achieve much fame until Bill Corgan figured out how to get great tones out of it.

The MXR Distortion II was produced in the late '70s to mid '80s.  It was designed to sound like a 4x12 cabinet full of Celestion speakers being pushed by an overdriven amp.  While many MXR pedals have been re-issued, the Distortion II has not.  It is a sleeper pedal that gained some popularity when Billy Corgan used it on the Siamese Dream album.  It's a bit finicky, most finding it too bassy.  Others find it provides a great smooth and creamy overdrive sound, particularly with the Tone up and Resonance down.  It has a unique circuit design, unlike any other.  The signal splits into two different distortion paths which then get blended back together.  Our D-II design stays true to the audio portion of the circuit, and offers a couple of options that can give you some additional distortion options and improved tone control. 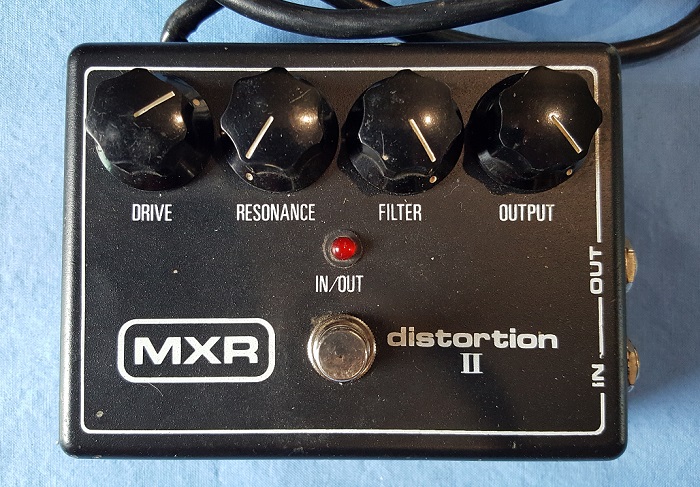