The Trail Boss boost rack effect module compares to the Dallas Rangemaster germanium treble boost.  While it may be ideally suited for a Les Paul and Marshall setup, the creamy boost can thicken tones and help cut through in practically any setup.  Great for pushing a tube amp harder.

The Trail Boss is a treble boost, but that's not all it does.  As you crank it up, you start getting a bit more drive added.  With a clean amp, the drive gives you that extra little "somethin' somethin'" to fill out the tone.  You can also use it to push a tube amp into overdrive.

Originally meant to brighten up that humbucker and dark Marshall setup, it still sounds good with single coils and brighter setups.  We offer a tweak to select between Single Coil or Humbucker.  If you are concerned about a treble booster producing a tone that is too bright with your setup, the Single Coil setting compensates for some extra brightness.  The Humbucker setting gives you the original circuit's tone shaping. 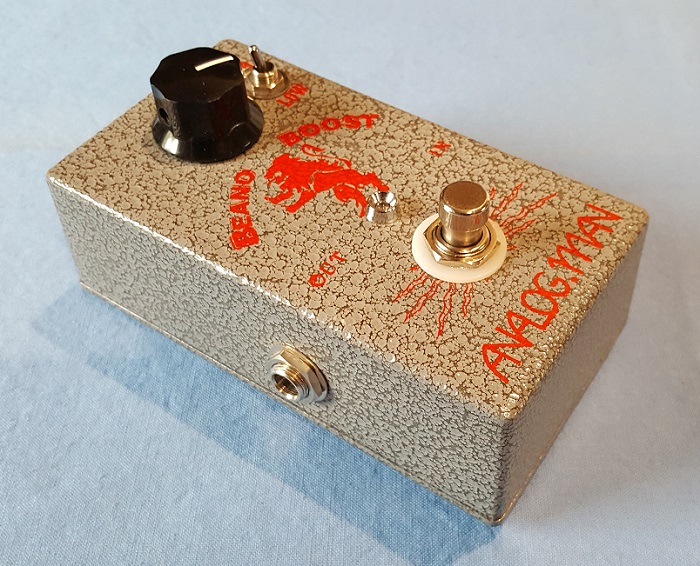 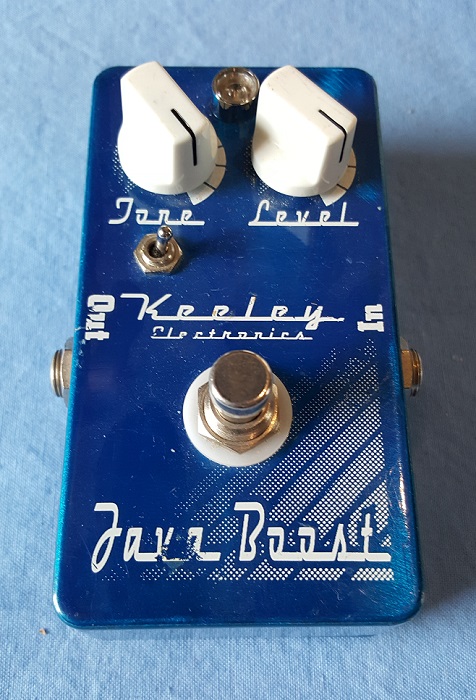