The Sabre boost rack effect module compares to the Keeley Katana and other cascaded JFET boosts.  It is a big, tube-y boost that lets you stay clean or add in a bit of grit or a little fat.  It might become one of those "always on" effects once you start using it.

JFET transistors can provide a powerful clean boost that can sound more tube-like than other types of solid-state boosts.  They can easily push a tube amp from clean to overdrive, producing some very nice tonal options along the way.  That's great, but sometimes you want to add a little grit and get dirty.  The Sabre allows you to do just that.  You can keep it clean, add some grit, or add some hard clipping crunch.  It sounds great on its own or giving a nice push to whatever comes after it.

Over the years, there have been some minor variations to the circuit, but they sound very similar.  Different JFETs have been used, and some of the capacitor values have been tweaked to trim off some bass and leave in more highs.  By default, we build the earlier version but you can select the later one if you prefer it. 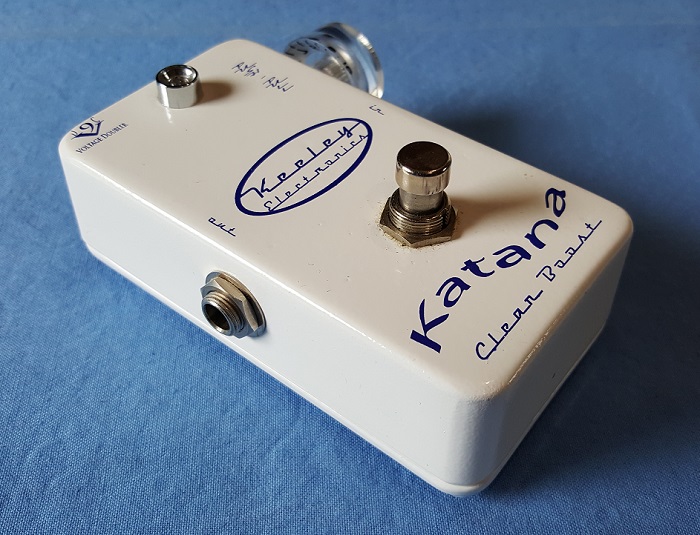