The Boss FA-1 FET Amplifier was a bit odd, being one of two Boss "pedals" released that were not really pedals at all - there is no stompswitch.  It was meant to be worn on the player's belt.  It was released during the 80's and quickly adopted by a certain guitar player in an Irish mega-rock band.  The Edge Boost provides a ton of clean boost that can easily push a tube amp into breakup.  Along with Vox AC30 amps and some good delays, a must-have for a U2 cover band.  Our version uses either vintage or updated components.  The vintage op amp is getting a little difficult to find, but can be replaced by better modern op amps if you prefer. 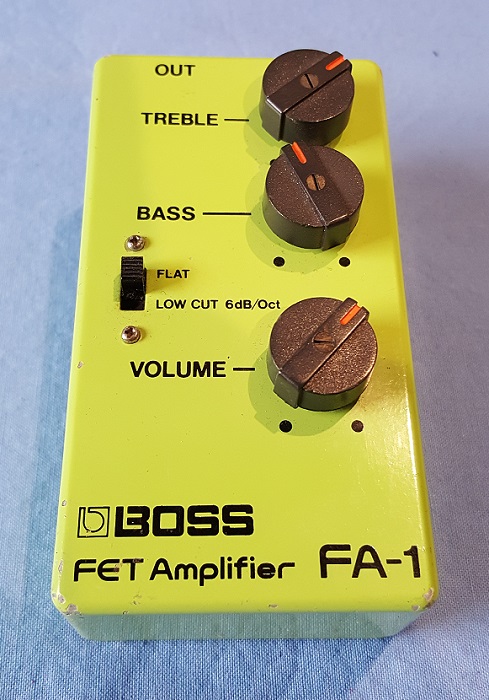