The FET Bomb or "FBomb" boost rack effect module is based on the Echo Plex 3 pre-amp circuit.  It compares to the numerous effects that are also based on that circuit, such as the Xotic EP Boost, Catalinbread Epoch Pre, Dunlop Echoplex Preamp, MXR Echoplex Preamp, Chase Tone Secret Preamp, ClinchFX EP-Pre, and others.  The circuit doesn't really provide much boost, unless modified to specifically do so.  Instead, it provides some nice "polishing" and tweaking of your tone that works well with virtually any amp or effect chain.  Typically placed at the end of the chain, just before the amp, it becomes an always-on effect, giving you a little something-something you won't want to be without once you get addicted.

The Echo Plex 3 tape delay system was a popular effect in its day, even if it was a bit finicky to maintain.  Old units in good repair, or the new modern re-makes available, command steep prices.  The old units were a bit crude compared to effects today.  One of the crude features was that they did not have a true bypass when switched off.  The guitar signal still went through a preamp and was affected by other "stuff" in the circuit.  Crude, yes, but lucky.  Players noted that even when the Echo Plex was off, their tone still sounded better than without the Echo Plex at all.  There is something magical in that non-bypassed circuit that makes your tone more pleasing.  It's the kind of thing your turn on and leave on all the time.  You might not notice it that much if you leave it on all the time, but try turning it off - noooo!!!

People have been arguing for years about what exactly causes the “magic”.  Is it the FET transistor?  The slight tweaking of the frequencies and phases?  Something else in all those tape recording and playback components?  The internal voltage used?  The vintage components?  We think there are multiple design factors coming together to yield one of those difficult-to-explain happy circumstances, sort of like the weird capacitor values in the Univibe that are key to that 'vibe tone.  Whatever it is, players have found it definitely sweetens their tone and can be left on all the time, likely as the last effect going into their amp, the same way people used the original Echo Plex units.

There are numerous Echo Plex style preamp/boost pedals, with considerable variation in their circuits.  That seems a bit odd, since they all attempt to reproduce the sound of a specific, documented pre-amp circuit, but it’s true.  The variants probably sound a bit more alike than they do different, but we've designed our FET Bomb or "FBomb" to compare to a couple of popular variants.

If you prefer a design that is closer to the actual Echo Plex 3 preamp design, making some effort to factor in the effects from the rest of the record/playback circuit, and doing the phase tweaking of the original, then our ThermoNuke configuration is similar to the ClinchFX EP-Pre pedal.  You won't get much boost out of it, but it has that always-on tone polishing going on.

If you prefer a design with more boost, and you don't care about being true to the Echo Plex 3 design as long as you get similar results, you might prefer the Hydrogen configuration, which compares to the Xotic EP Boost.  You can "set and forget" the level and turn it into that always on tone enhancer. 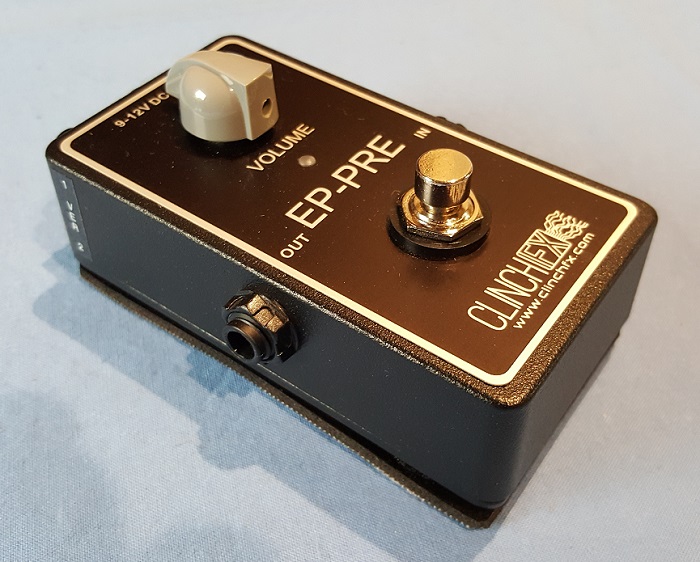 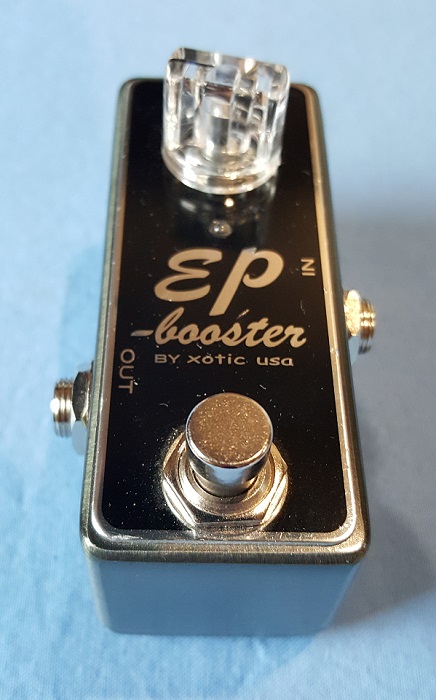 Unlike most of our modules, we don't recommend tweaking this circuit.  It does what it does and needs all the elements of its design to do it.  If you need a little something different, check out some of our other FET boosts:  Sabre, Woody, and Edge Boost.