"Two Channels of Marshall Plexi Tone, with a Boost!"

The PlexiSS amp sim rack effect module compares to a modded Carl Martin Plexitone.  As an overdrive or distortion, it provides two separate channels of tube-y Marshall plexi tone, along with a boost.

The PlexiSS is three footswitched effects in one circuit.  There are two independent FET-based circuits providing Marshall Plexi tones that range from clean-ish boost to high-gain metal.  Each one has its own Gain and Tone control, with a shared Volume control, similar to a 2-channel (Crunch and Gain) master volume Plexi.  In addition, there is a face-melting FET Boost at the end.  Channel selection and Boost are controlled by footswitches so you can easily stomp on a different tone as you play. 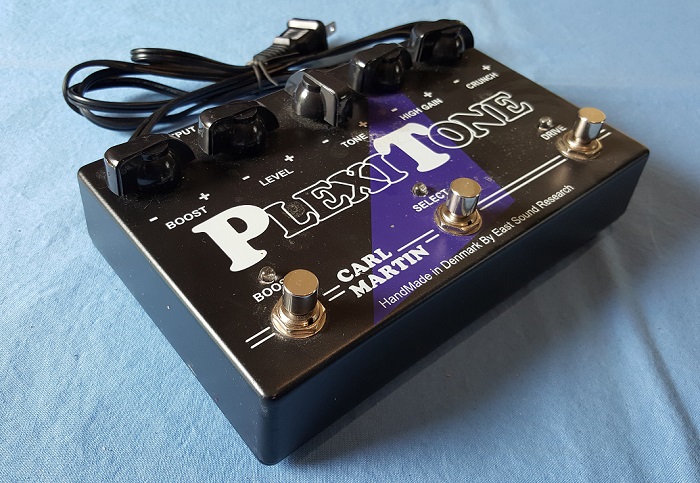