The Earthquake tremolo rack effect module compares to the Demeter Tremulator, Fulltone Supa-Trem, and Joyo JF-09 tremolo pedals.  These tremolos all share the same basic optical tremolo circuit but have slightly different controls.  Optical tremolos generally have less noise than other designs, contributing to their clean tone and popularity.

Tremolo is one of the simplest effects.  In its basic form, it just turns the volume up and down at some rate.  The depth is simply how loud and how close to silent it gets as the volume adjusts.  Deeper and faster tremolo can produce choppy, helicopter sounds, like the intro in Green Day's Boulevard of Broken Dreams.  Medium to low levels of depth at slower speeds can yield classic Creedence Clearwater Revival tones or give you some cool, subtle movement in your sound.  The Demeter Tremulator is considered by many to be the best tremolo pedal ever produced.  It has simple controls for a simple effect, just Depth and Speed.  The Joyo JF-09 is similar.  The Fulltone Supa-Trem adds a few extra controls to let you tweak your tremolo effect, but is essentially the same circuit as the other two.  Our Earthquake module compares to all three of those tremolo pedals.  It comes in three base configurations that differ primarily in the controls that are included.  Note that the Danelectro Tuna Melt also sounds and works similarly, but the circuit is just enough different that it isn't covered by our Earthquake module.

Overall, this is a very nice tremolo, pleasant and warm.  Ours is quieter than the stock Supa-Trem pedal we compared with.  There is no distortion if you have the Volume set properly, although our test Supa-Trem pedal does have bits of distortion or clipping now and then.

All the controls and optional controls interact to some extent, so you may have to fiddle around a bit to dial in the exact sound you want.

Without the external Volume control or internal volume trimmer, the volume in the circuit is set to a fixed level.  That level is generally OK, unless you use settings near the max or min for Depth and Speed.  Then it might be a bit above or below unity volume.  The Volume control lets you set your unity volume level.  Volume on a tremolo is a little funky.  Depending on your wave shape, Rate, and Depth, you are changing the amount of time the volume is cut, as well as the amount it is cut, affecting the perceived volume.  This usually isn't an issue with "normal" settings, but may cause lower/higher volume at some extreme settings.  Set it where you need it, of course.

Depth has a a good range, skewed more toward the shallow end, allowing good control over more subtle settings.  With the Hard/Soft switch set to Hard, higher Depth settings get very choppy.  Depth can be smoothed out with the Bias control when the Hard/Soft switch is set to Soft.

Speed also has a good range, although it probably goes faster at the max than is necessary.  The Half Speed switch option gives you a range of slower speeds and better control over them.  We do the Fast/Slow switch a little differently from the Supa Trem pedal,  Ours will tend to have a slightly lower max speed, although it seems unlikely anyone would use it near those max speeds anyway.  We've included a blinking Rate LED, too. 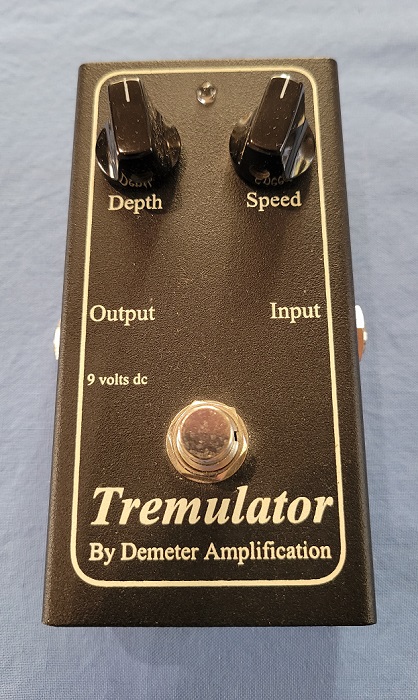 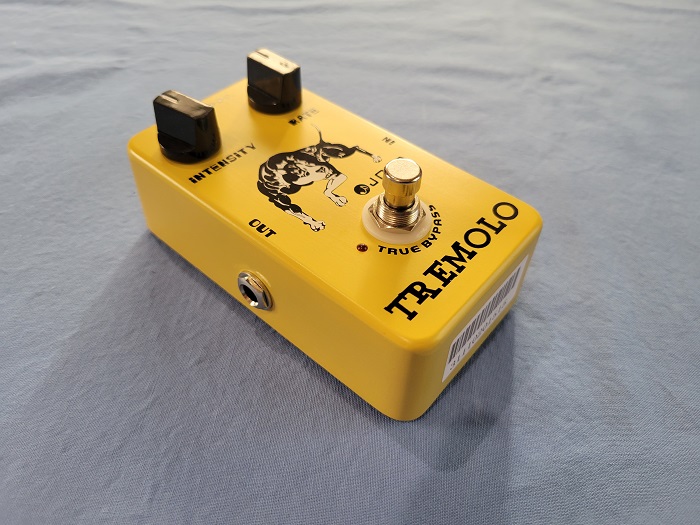 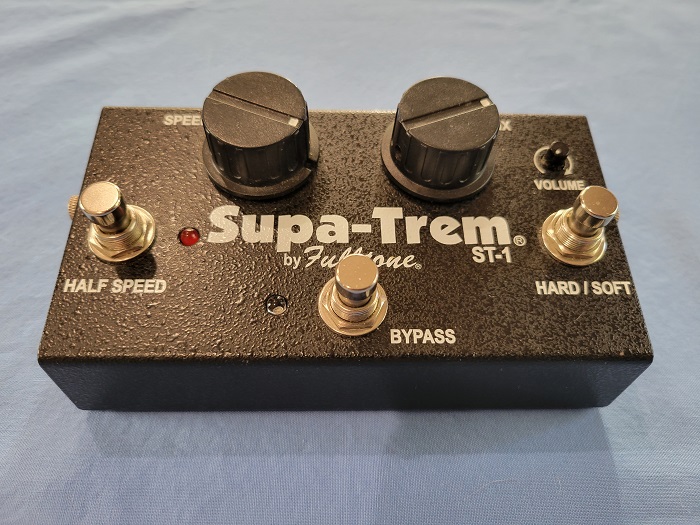 Has an input buffer

10 - 25mA, depending on configuration