"The boss of the overdrive pedals"

The One overdrive rack effect module compares to the original Boss OD-1 Overdrive that was made in Japan with quad op amps, before the circuit was updated to use dual 4558 op amps. The original was great, preferred to the later versions by those that have had a chance to hear one.

The Boss OD-1 Overdrive was released around 1977, making it one of the first overdrive pedals on the market.  The first two versions of the circuit used quad op amps.  The circuit was later updated to use dual 4558 style op amps.  At the same time as the op amp change, several other component values were also changed.  The warm tube-like sound became thinner and less pleasing.  Most players find the quad op amp versions to be much superior to the later dual op amp versions.

The sound change is due more to the other component changes than the op amp change.  The 4558 op amps are used in many great pedals, and can provide great slightly warm tone.  That original OD-1 tone can be recreated using the 4558s if you make other changes to go back to the original circuit.  The One compares to that original OD-1 circuit with the quad op amps.  We use the quad op amps, just like the original.  The specific quad op amps used in the original are becoming very difficult to find, and most are counterfeits.  We have some in stock, along with some other quad op amp models that offer great tone, too.  But eventually we expect to move to the dual op amps, utilizing the old circuit to maintain the superior tone it offers.

The One is a simple module, with only Level and Overdrive controls.  The circuit is similar to some Ibanez pedals that were available at roughly the same time, including the Overdrive II and Tube Screamer.  We also make available some options that provide a few more tone possibilities, but staying close to the original sound of the circuit. 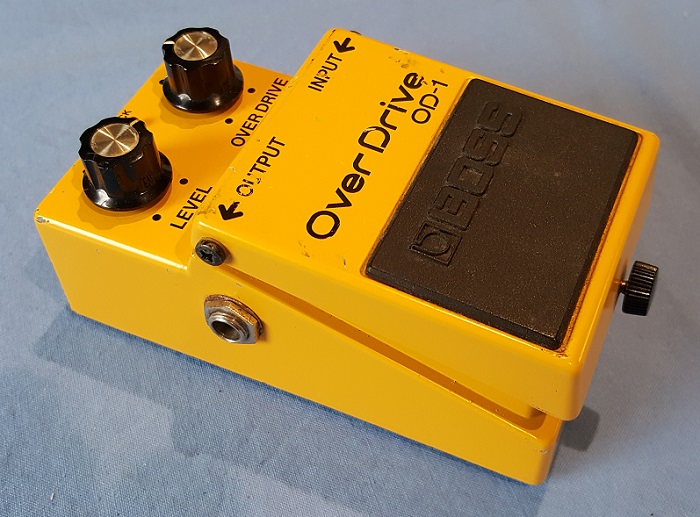