The FuzzMixer fuzz rack effect module compares to the original Fender Blender fuzz pedal.  Using one requires some patience.  It can be difficult to find "that" fuzz in the range of tones and noises available.  But it isn't just a quirky garage-grunge noisemaker.  The likes of Robin Trower, My Bloody Valentine, and Smashing Pumpkins have all found some of their killer tones hiding in there.  The re-issue Fender Blender had a defect.  If you've only tried a re-issue that hasn't been "fixed", give "the real thing" a try.

The Fender Blender is a quirky circuit.  Fuzz, octaves, noise, glitching, smoothness, and all sorts of stuff are in there.  It's a little hard to guess what the design goals were, and whether or not they were achieved, but it yielded a unique pedal, love it or hate it.  Robin Trower used it on multiple albums including "Bridge of Sighs".  The pedal went out of production for a number of years, then was re-issued around 2005 after it was rediscovered and used by My Bloody Valentine and Smashing Pumpkins for some of their fuzz attack.

The original had no status LEDs or power connector.  The re-issue at least added the power connector, but it also added what seems like an error in manufacturing that causes a significant volume problem.  Both have some control issues, which along with the lack of status LEDs, can make it a little tricky to figure out how to work it.  The Tone control doesn't really do much unless the Tone Boost is on, and the way you can tell the Tone Boost is on is because the Tone control starts working - well, there is also that treble boost that kicks in with the Tone boost.  It's a noisy, glitchy, squealing beast until you get the hang of it, then you get some good cutting fuzz tones from it, or some smoother distortion/fuzz if you prefer.  Turn everything on and up, and you'll probably get out of control feedback and squealing.

Our FuzzMixer stays pretty true to the original circuit.  The original used 2N3391 and 2N3391A transistors.  The "A" version is a higher quality version of the 2N3391.  There probably weren't enough of the A transistors at the time, or they cost too much, to use only the A transistors.  The circuit would benefit from using the quieter A transistors throughout.  We have both versions, but by default we use all 2N3391A instead of the original mixture of the two.  The 2N3391 transistors are getting a little scarce, but the 2N3391A is still in production.  By default, in addition to the 2N3391A transistors, we use germanium diodes of the same model as the original, and carbon comp resistors, also like the original.  The original also includes a bunch of electrolytic capacitors.  All of those components are noisy compared to more modern components.  Since this is a noisy circuit, we offer a "modern" option to update the transistors, resistors, and capacitors to quieter modern parts. 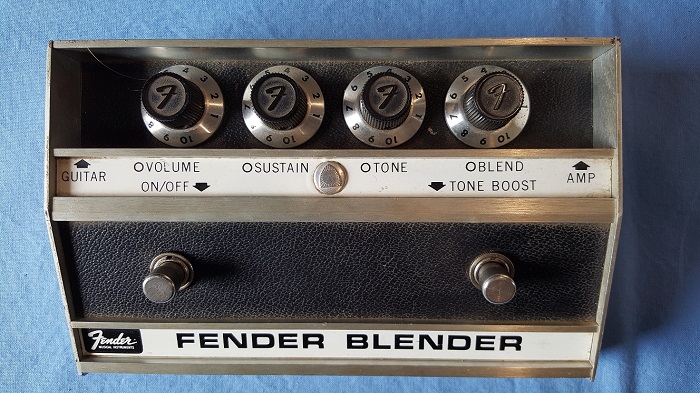