"The fuzz behind many classic rock guitar tones"

The Tonebender in its many forms has been widely used in the 50 or so years it has been produced.  It is responsible for the fuzz in many famous songs and popular guitar tones.  A history of the Fuzzbender through the years and descriptions of all the different variations is well beyond what we want to attempt here.  Instead, we'll present an overview of the main versions, as we offer Fuzzbender configurations that compare to quite a number of Tonebender variants.  The different variants were produced in overlapping time periods, so we'll order them by circuit evolutions.  The early Tonebenders are "Mk I".  They are 3-transistor circuits with controls for Fuzz and Volume, although the controls had different names from one brand/model to another.  Next came the "Mk 1.5".  These were 2-transistor circuits, also with Fuzz and Volume controls.  Next were "Mk II" models, still with the same 2 controls, but returning to the 3-transistor circuit.  The "Mk III" is the last of the vintage circuits, with 3 transistors, but adding a third control for Tone.  Tonebenders primarily used germanium transistors, but when silicon transistors became available, many Tonebenders used them in the same circuit.  You can find outstanding Tonebenders with either type of transistor.

Of course, there are many variations of these basic circuits, with numerous modifications and added controls.  We have configurations and options that cover a wide range of them.  It is almost impossible to discuss Tonebenders without getting drawn into a discussion about various transistors used in particular circuits by particular artists on particular songs.  The "right" transistors in the "right" circuit in the "right" enclosure can easily run into the thousands of dollars these days.  Even new boutique builds can routinely cost over $500.  Is there "mojo" in those pedals that make them worth the money?  The practical answer is "yes, apparently, because people pay those prices".  Maybe the better question is "do those expensive vintage and boutique builds sound that much better?"  That's a question only you and your ears can answer.  Since this is usually a key consideration in selecting a Tonebender variant, let's look into this a bit more.

Tonebenders primarily used germanium transistors, but when silicon transistors became available, many Tonebenders were switched to silicon, using the same circuit.  You can find outstanding Tonebenders with either type of transistor.  In the early days, pedals that were built using germanium transistors had tones that varied widely from unit to unit.  Even the tone of a single pedal would vary with the temperature.  Part of that is due to the germanium transistors and their relatively crude manufacturing processes.  The "specs" had wide ranges of variability.  It seemed like the specs were written after the transistors were made, so they would know the limits on the actual range of values!  The transistors were expensive, and there were often shortages, leading to the practice of using even the worst ones that should normally have been rejects.  Besides the model number, there are two key specs for germanium transistors that have a big impact on their performance in guitar effects.  The circuits are designed to work with a relatively narrow range of these specs.  These specs weren't the same for all the transistors in a circuit.  For example, in the Mk I Tonebenders, there are 3 transistors, and each of the three has it's range of spec values that sound best.  If individual transistors are outside those ranges, the pedal goes from great tone to, well, "not so great" tone...  That means builders would have to sort through dozens of individual transistors to find a set of three with the right spec values.  They didn't do that.  It takes far too long.  The pedals got randomly picked transistors.  Sometimes the manufacturer might be able to source batches of transistors more likely to have good values, sometimes they were using the ones they had previously rejected.  Other components such as resistors and capacitors that were available back then also had tolerances in their specs that resulted in a significant range of values, further degrading the compliance of the actual builds to their design parameters.  The results were that tone could vary widely.  Unlike some fine wines, electronic components rarely improve with age.  If you are in the vintage Tonebender market, you will be choosing from pedals that even when they were new may not have sounded that great, but now they also have a few decades of age on them.  So, again, do those vintage pedals sound so good that they are worth the big price tags?  Maybe, if you get a good one that has aged well and you can afford it.  They can sound really good.  Of course, market factors other than sound influence the price - rarity of specific models, cosmetics, famous players using those models, etc.  Silicon Tonebenders also have some of those same problems, but the silicon transistors performed more consistently.  If you like the silicon Tonebender sound, you may have a better chance of getting a vintage build that sounds good to you.

How about those expensive boutique builds?  Let's ignore some of the marketing stuff and technical details about the builds - things like color of wire, type of board they are built on, how "neat" the circuit looks, what the enclosure looks like, style of knobs, and other factors that have less (or no) impact on the resulting sound.  Good boutique builders generally use the "right" components in the "right" circuits.  But they are adding something to the build process.  First, they are finding the dwindling supply of germanium transistors that sound good in the Tonebender circuits.  It is getting very difficult to find good examples of the same brands and models of transistors that were used in original pedals.  We know firsthand that is a big challenge.  In addition to searching for those exact transistors, they also try out other brands and models to find similar or "good" tone that still sounds like a Tonebender.  That, too, takes time, effort, and money.  There are almost no quantities of any germanium transistors available that are easy matches for Tonebender (or any other) germanium circuit.  That's only half the challenge.  No builder is going to put randomly selected transistors in their circuits.  They will comb through the transistors they purchase, testing each one individually to see if they have the right spec value ranges for the different transistors in the circuit.  Even then, the results are auditioned to make sure that the results are acceptable before the transistors are soldered.  Not only is this slow and time-consuming, it also results in rejecting a large percentage of the transistors they purchased.  Sometimes 100% of a batch will fall outside acceptable ranges.  It is common to reject 30-50%.  It is a difficult, slow, AND expensive process to find transistors of a good brand/model within the exact spec ranges that are needed.  Even after that, a couple of other components may need to be tweaked to get the best tone.  That's why boutique builds can get expensive.  Are they worth it?  Their build and transistor selection processes should greatly improve the odds that you get reasonably good to great tone, at prices lower than "random" vintage units, and prices that reflect their actual cost to build.  We build Fuzzbenders that way, so we can't be truly objective about it, but if we were buying Tonebenders we would be more interested in good modern builds than questionable vintage units costing 2 - 5 times as much.  This applies to silicon builds as well.  We and other builders choose silicon transistors invidividually, too.

You'll probably choose your configuration based on general ideas, such as who played those Tonebender models and how they sounded - Jeff Beck vs Jimmy Page vs others on specific albums or songs.  Perhaps you'll want a specific transistor to improve the odds that your build will sound like "that tone" in your head.  Those are the two main choices to make, along with mods you might like.  Keep in mind that the differences in circuits between different brands of the same model (Mk I, Mk II, etc) were minor.  The differences in tone between any two pedals of the same model could be impacted as much or more by the specific components in those pedals as by the circuit differences.  The Tonebender circuits are not especially complex, the character of the transistor can definitely be heard.  Our default transistors produce good results, and are generally more available to us.  "More available" means more specific transistors to test and select and find good spec values.  We try to keep "good" transistors with the right spec values available, but is becoming more difficult to keep the popular vintage models in stock.  When you place your order, we'll nail down the details on your transistors and set them aside so we'll have them for your build.  Availability may impact you at order time, but shouldn't be an issue after you place your order.

Whether you're choosing a Fuzzbender from us or you're buying Tonebender clone pedals from someone else, here's how we recommend you think about it.  The more specific "that tone" is in your mind, the less likely you will find it.  Not that it can't be done, but you'll almost certainly go through many pedals before you get it.  But if you need "that tone", then that's probably what you'll have to do, so go into the process expecting that.  But there's another way to approach it.  There are good Tonebender builds available.  They may use a transistor you've never heard of, very likely different from the ones used in original vintage units.  But remember, back then manufacturers were severely limited by availability and quality of the transistors.  If they had the time and option to sort through other transistor models for ones in the right spec ranges, they would have done so.  It just wasn't an option.  Builders today are doing what should have happened all along, and the results are generally better and more consistent, but they may sound a little different - as they should in most cases!  Most of those vintage builds were not "the great ones".  It is also true that you can adjust your signal chain to get different tones out of the same Tonebender.  So go into the process expecting to get a quality fuzz that sounds like a Tonebender, but maybe not exactly like "that tone" in your head.  Then work with your signal chain and see if you can't get there, or maybe find that the slightly different sound you start with is pretty good as it is, especially if you add an extra control or two, like Bias or Tone to give you a wider range of tones to work with... 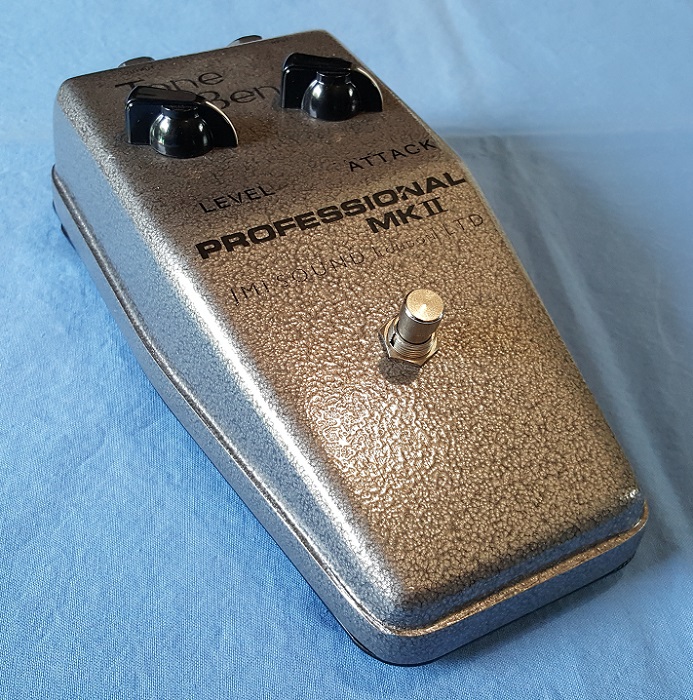 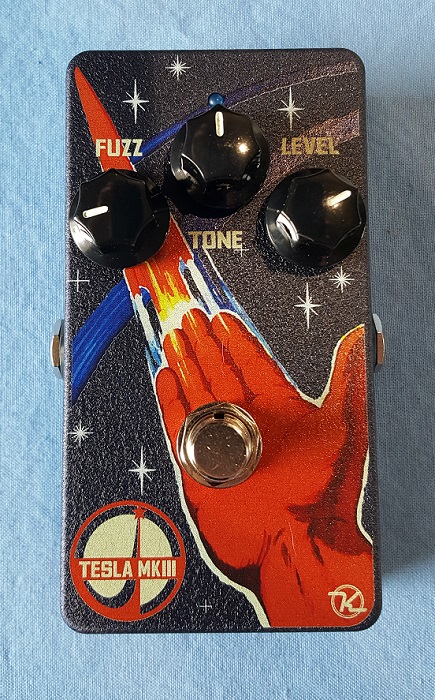 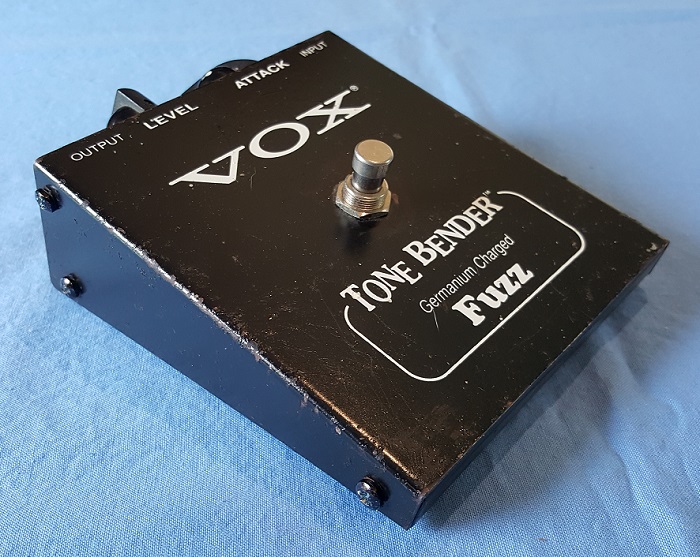 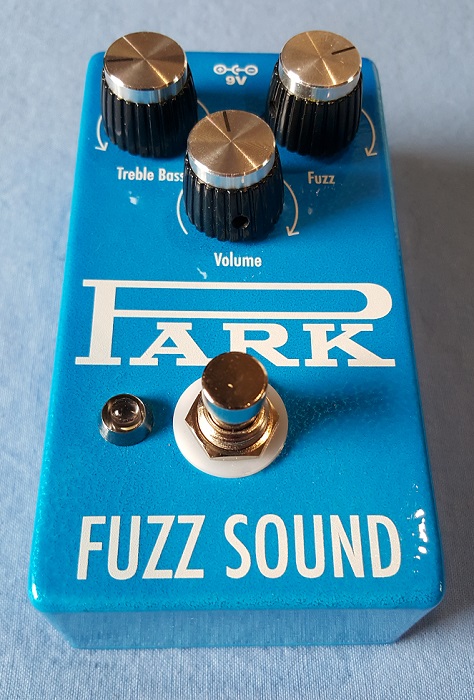 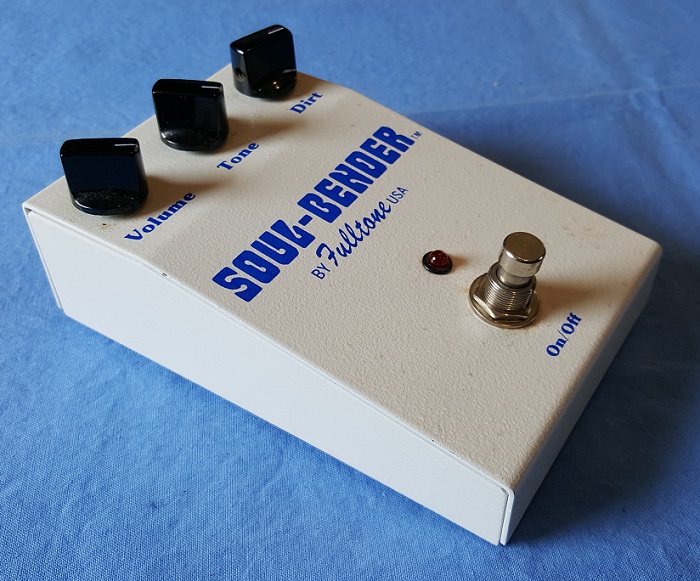 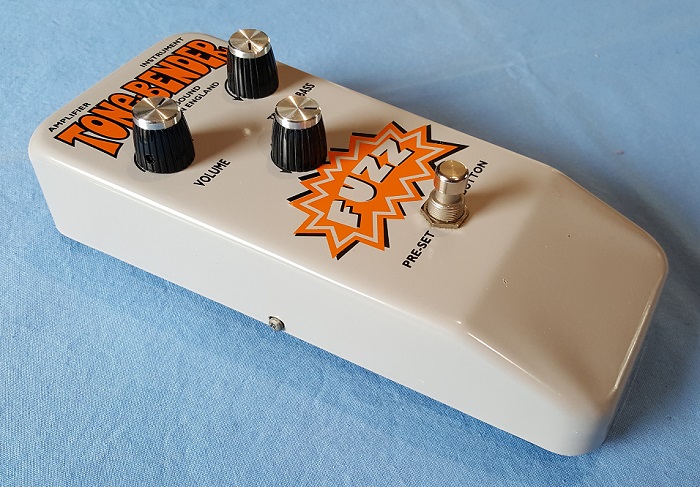 Some controls have different labels to be consistent with original pedals